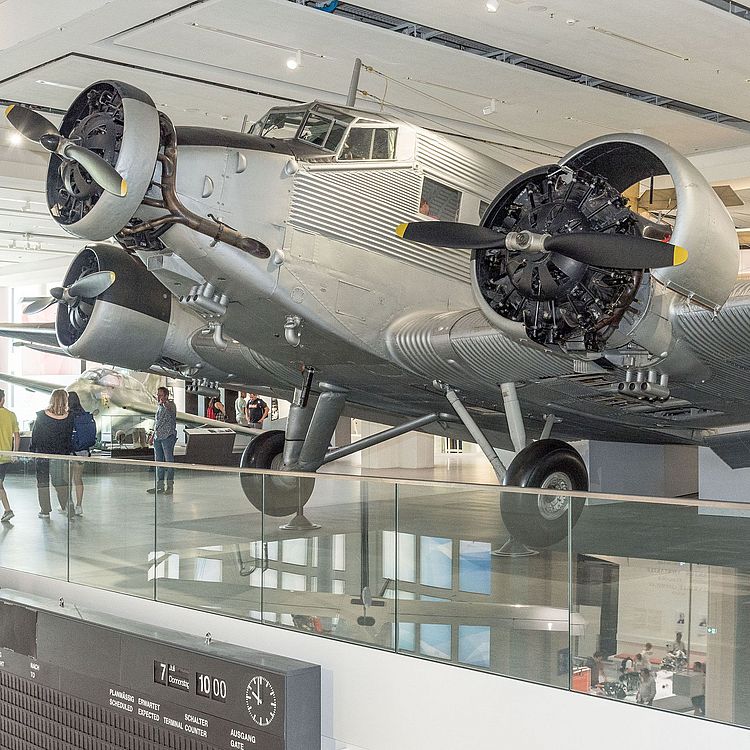 Photo: Deutsches Museum
Save to calendar

In the first half of the 20th century, aviation experienced a rapid technical rise. This was marked by the two world wars. During the guided tour you will get an insight into the exhibition Historical Aviation. It shows aviation during the Weimar Republic and the years from 1933 to the end of the Second World War and gives an overview of aircraft engines and propellers. The gallery is dedicated to model and glider aviation. Between our special original exhibits - from Junkers F13 and Ju 52 to Messerschmitt Me 262 and V2 rocket - you can trace aviation history with numerous media stations and demonstrations such as model flight and gliding simulators.

When will this event take place?

You will find out every day at around 9:20 which activities are taking place in the daily programme. Our daily changing programme for individual visitors and small groups of up to five people offers guided tours, demonstrations, science shows and hands-on programmes. All programmes are in German. They begin either directly where the activity takes place or at a guided tour meeting point in the relevant exhibition.

Aircraft and models: wander amongst numerous original aircraft and trace the history of flight in the first half of the 20th century. Insights, themes and programmes around the exhibition can be found on the exhibition page.

To Historic Aviation exhibition
to the calendar