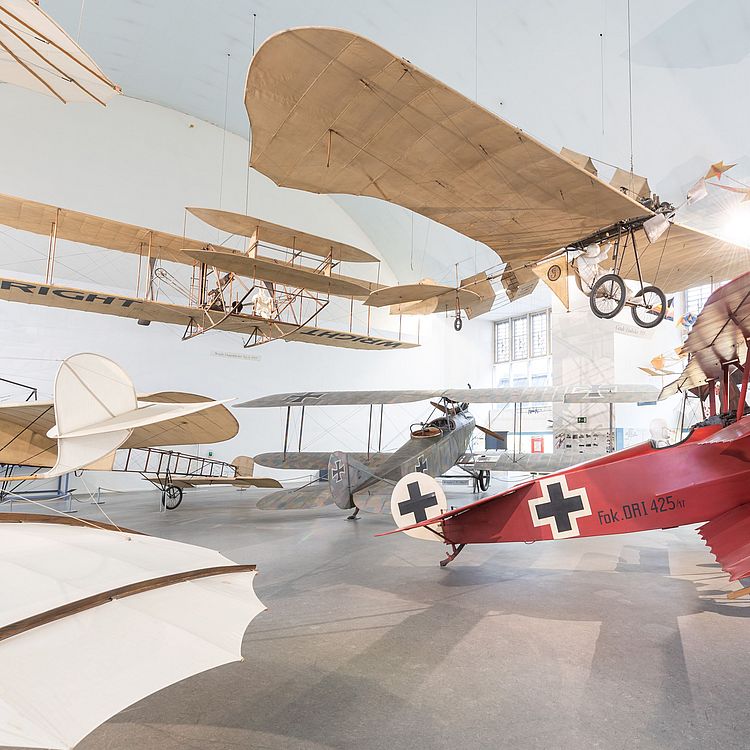 When people began to learn from nature, aviation pioneers built daring flying machines: people ventured into unknown heights with hot-air balloons from the end of the 18th century. Around 100 years later, Otto Lilienthal managed to glide like a bird with his glider. He discovered the secret of buoyancy, to which the Wright brothers added a motor for propulsion and flight control a few years later in the USA. Thanks to them and many other engineers and technicians, enthusiasm for planes and airships grew across the globe until World War I – as did their potential for military destruction. Learn more about historic aviation in this guided tour (In German).